China Dolls appealed to me as models for the, Eccentric Narratives, series because of their human-like shape. Also, they are at this time plentiful on the shelves of thrift shops. They also have a huge capacity for sitting very still for long periods.

I was curious about the possibility of bringing a sense of animation to the blank stares and stiff frilly clothing. I hoped to imbue them with character and arrange them in ways to illustrate a relationship and narrative.

I began by setting up tableaux, juxtaposing the dolls with other characters in random ways and letting stories suggest themselves from the resulting paintings. As I moved forward, the discovery of a new character would often set up a scene before the painting began, so that stories became less random.

There is much satisfaction in following a series to it's conclusion.

Sally was my favourite doll as she was articulated and could bend into poses. All the other dolls have been re-donated but I have kept Sally. 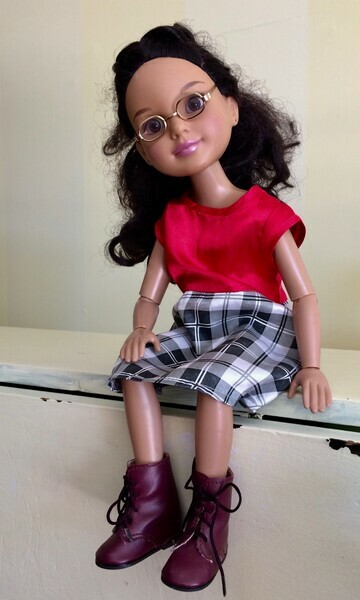